Closing the sale as seamlessly as possible

According to Wikipedia, Closing is a sales term which refers to the process of making a sale. The term springs from real estate, where closing is the final step of a transaction. In sales, it is used more generally to mean achievement of the desired outcome, which may be an exchange of money or acquiring a signature.

Salespeople are often taught to think of targets not as strangers, but rather as prospective customers who already want or need what is being sold. Such prospects need only be “closed.”

David Mamet’s classic play, Glen Garry Glen Ross, is a portrayal of a classic boiler room sales operation. The play shows parts of two days in the lives of four desperate Chicago real estate agents who are prepared to engage in any number of unethical, illegal acts—from lies and flattery to bribery, threats, intimidation and burglary—to sell undesirable real estate to unwitting prospective buyers.  In the movie version, Alec Baldwin plays a Sales Manager who has been sent from “downtown” to put the fear of God in the team and set up a competition, with the result being that only two salespeople will survive with their jobs. In a classic scene, when Ed Harris’s character is getting a cup of coffee, Baldwin grabs Harris’ coffee mug and screams, “coffee is for closers”. This image of sales is the one that is seared into many people’s brains.

Fear of rejection is one of the biggest impediments to sales success for many salespeople. This fear means that they don’t actually ask for the business.  Instead, they may ask questions, such as “what are the next steps”, “would you like to try the product”, or “when should I reach back out to you” in place of asking for the order. A good salesperson knows that if they have earned the right to ask for the business the prospect expects and understands it.

All of the “closing” techniques below are different ways to ask for the business. Asking for the order is also known as a “trial close”. The objective of a trial close is to either have the customer agree to purchase the product or to raise any objections that need to be overcome. An objection is not necessarily a bad thing if it is spoken. The worst kinds of objections are ones that are unsaid. If not overcome, objections are obstacles on the way to an order.

in which the salesperson gives the product to the prospect on a trial basis, to test before a sale is agreed upon. Few can resist the cuteness of a puppy. And for those sales professionals who have the option of allowing their prospects to “test drive” or “trial” their product, the Puppy Dog close has a very high closure rate.

In which the salesperson simply directly asks the prospect to buy. Salespeople are discouraged from using this technique unless they are very sure the prospect is ready to commit.

Also known as the question close, in which the salesperson moves to the close with an indirect or soft question. “How do you feel about these terms” or “how does this agreement look to you?”

Also known as the presumptive close, in which the salesperson intentionally assumes that the prospect has already agreed to buy, and wraps up the sale. “Just pass me your credit card and I’ll get the paperwork ready.”

The golden rule in sales states that people buy from people they like.  If they don’t like you they will find a million reasons not to buy.  Building a relationship with a customer is a sure way to not only close a sale but to create a long-term customer.

Columbo, the 1970’s classic TV detective character, was one of the best closers of all time. While he wasn’t employed as a sales professional, he was a master closer. It wasn’t getting people to sign on the bottom line that made him a great closer, it was his ability to get people to answer questions. His signature line was “just one more thing”.

Also called the positive choice close, in which the salesperson presents the prospect with two choices, both of which end in a sale. “Would you prefer that to be delivered next week or the week after?”

The close is a natural part of the sales process and if a salesperson has taken the right steps along the way, the prospect should expect to be “closed”.  When asking for the order, the prospect may say yes or may raise objections that need to be overcome.   But that is a subject for another piece. 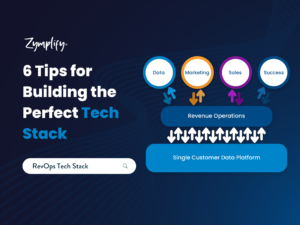 As a crucial component of any organisation, your tech stack deserves the same attention as your RevOps strategy. It’s how you will be able to scale your GTM initiatives. Today’s revenue engine is powered by 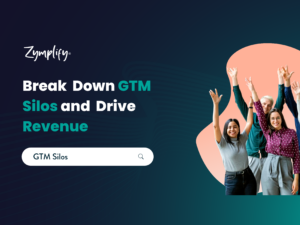 The key to success in any business is effective communication and collaboration between departments. However, in many organisations, departments operate in silos, which can lead to infighting and a singular focus on departmental goals rather

Zymplify finds your business qualified prospects who are actively looking for your products or services and gives you a complete toolkit to connect with them and close sales at speed. It puts you in control.